The Haçienda was without precedent. Acknowledged as reinventing and reinvigorating the nightclub genre, it was a real-life stage-set, built with everyday materials which were used to maximum effect. Working to Factory’s brief of; “big bar, small bar, food, stage, dance-floor, balcony, and a cocktail bar in the basement”, Ben Kelly was given unlimited freedom to convert the former yachting showroom (which consisted of a massive, single volume space), into a true ‘people’s palace’. The space was painted in cool blue and grey tones with brightly clad balcony supports and diagonal stripes painted on columns. The urban theme continued with bold directional and warning markings, neon bar signs, bollards and cats-eyes which mapped out the dance-floor. From outside, the only clue to what lay within was the hand-carved granite nameplate, “FAC51 The Haçienda”, inlaid with silver leaf and red enamel paint; the code representing its Factory Records catalogue number. 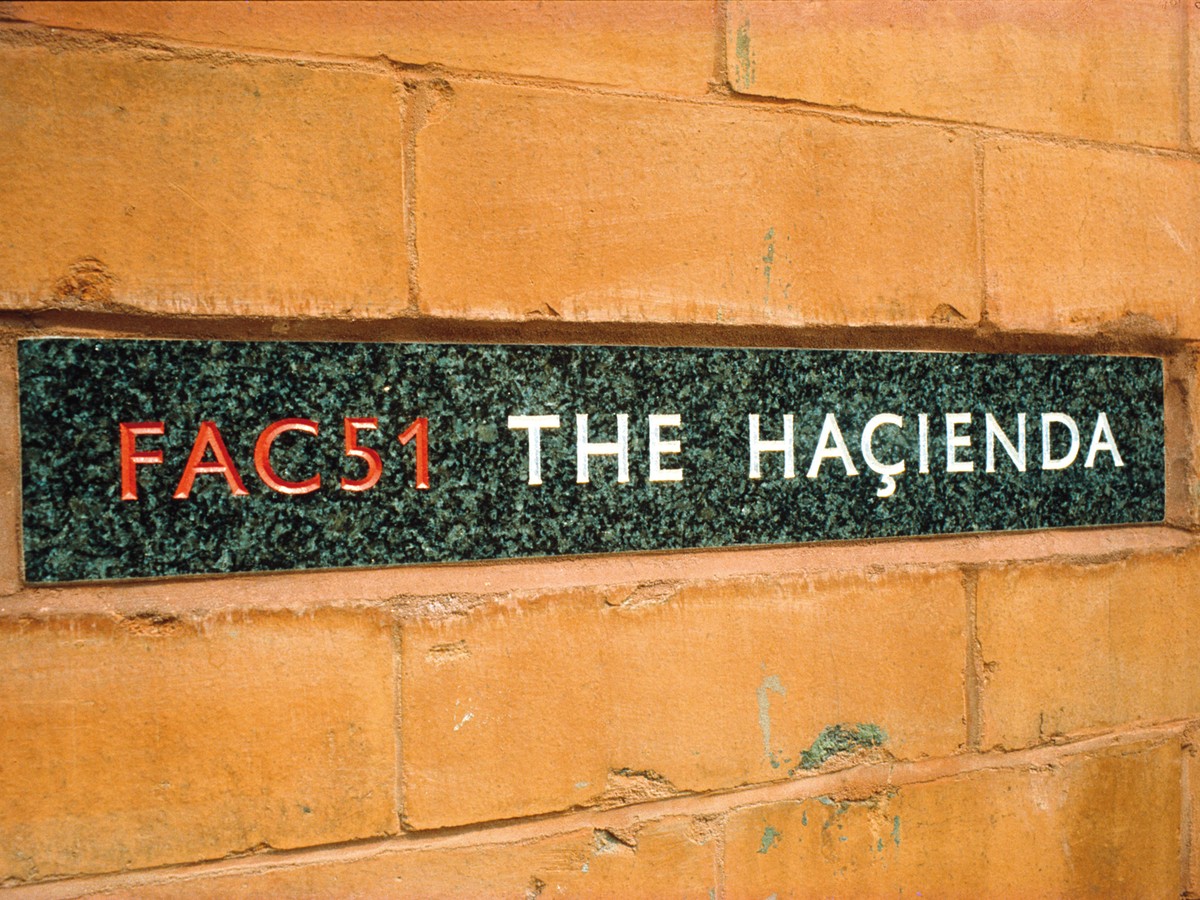 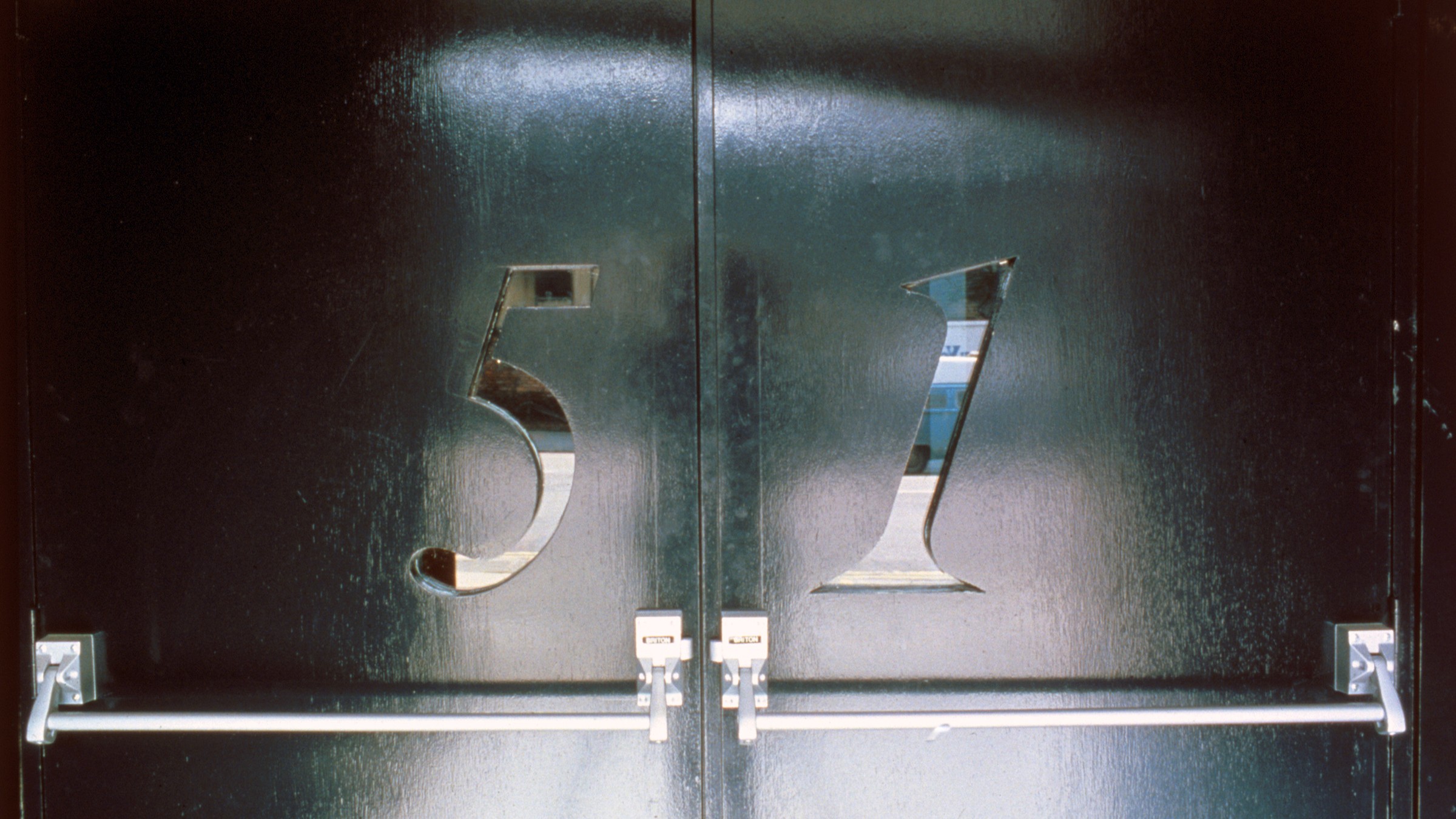 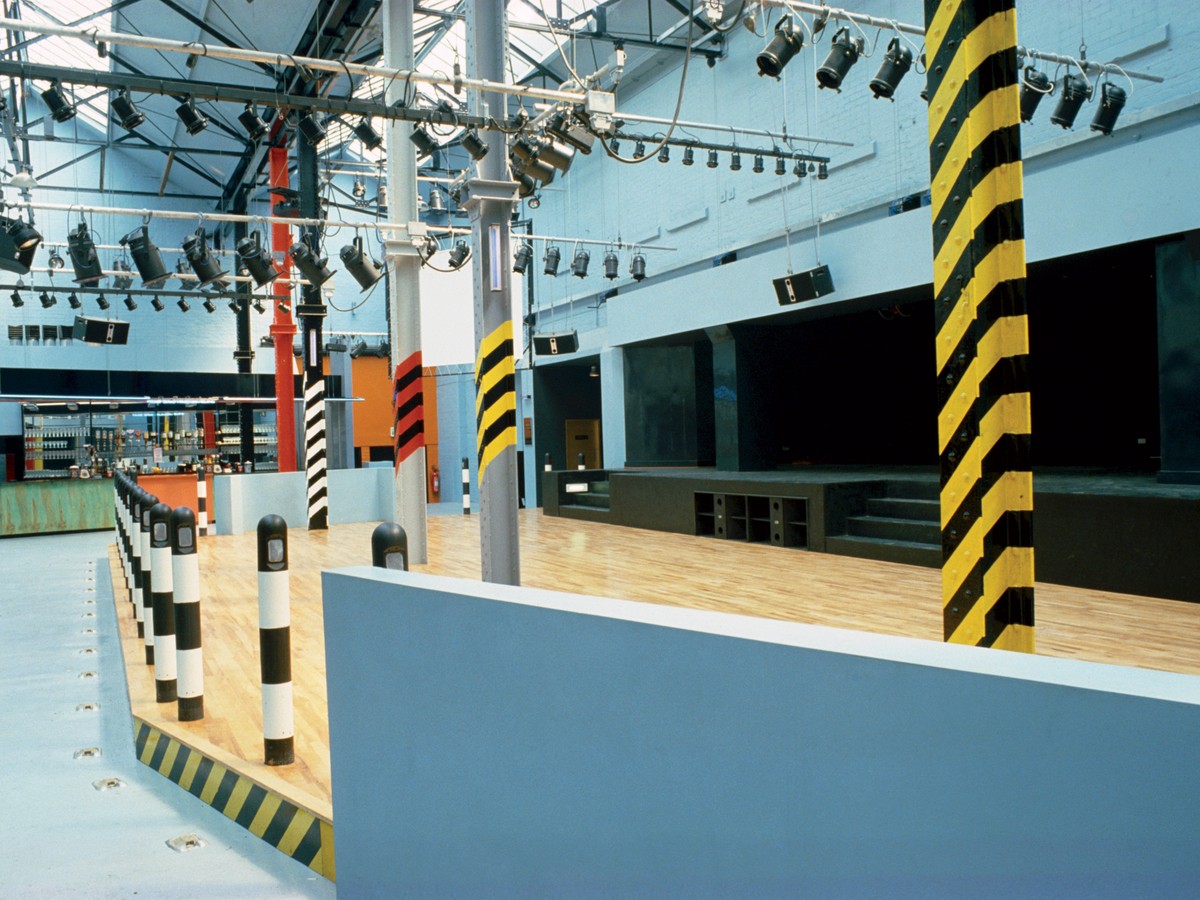 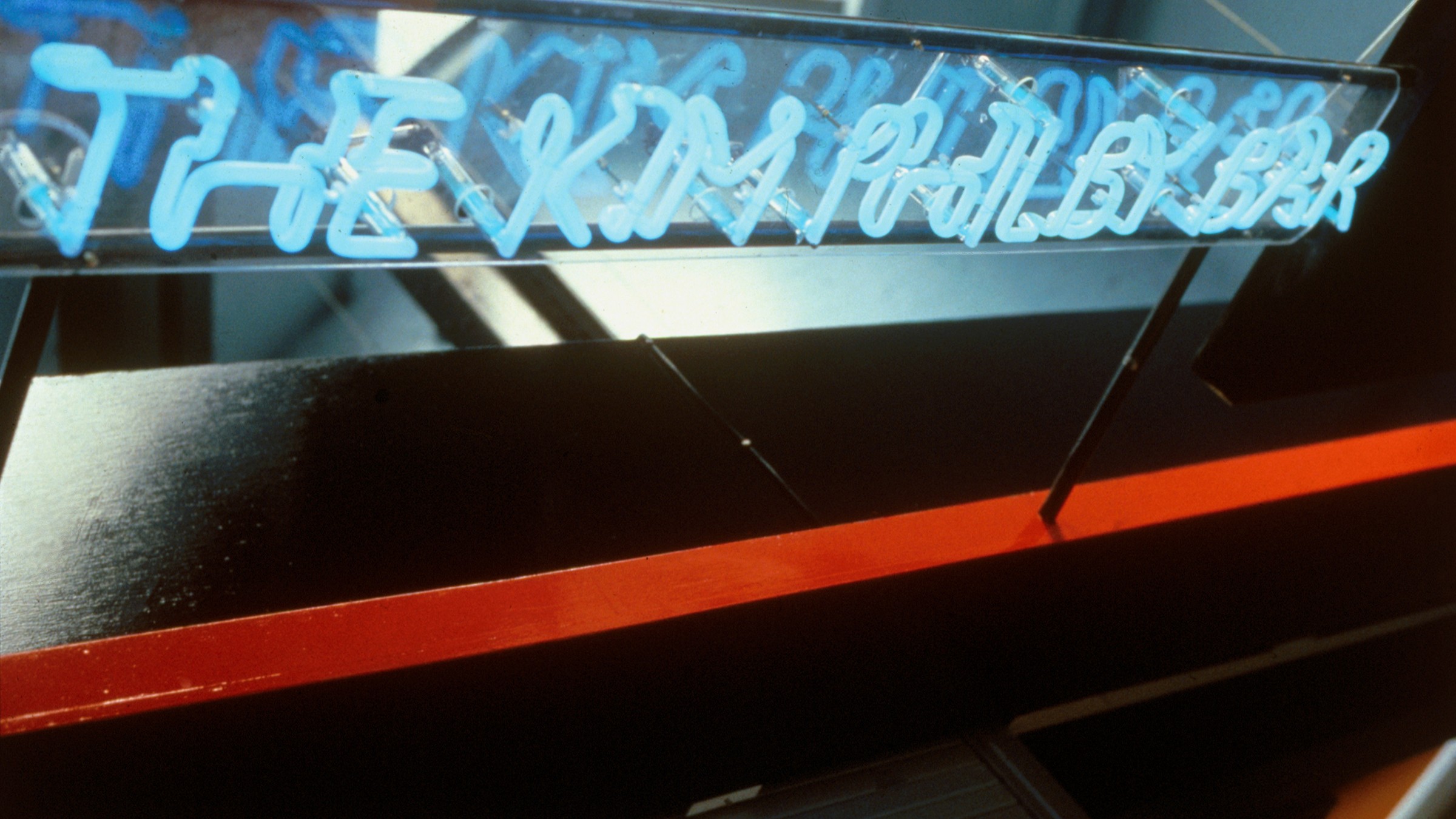 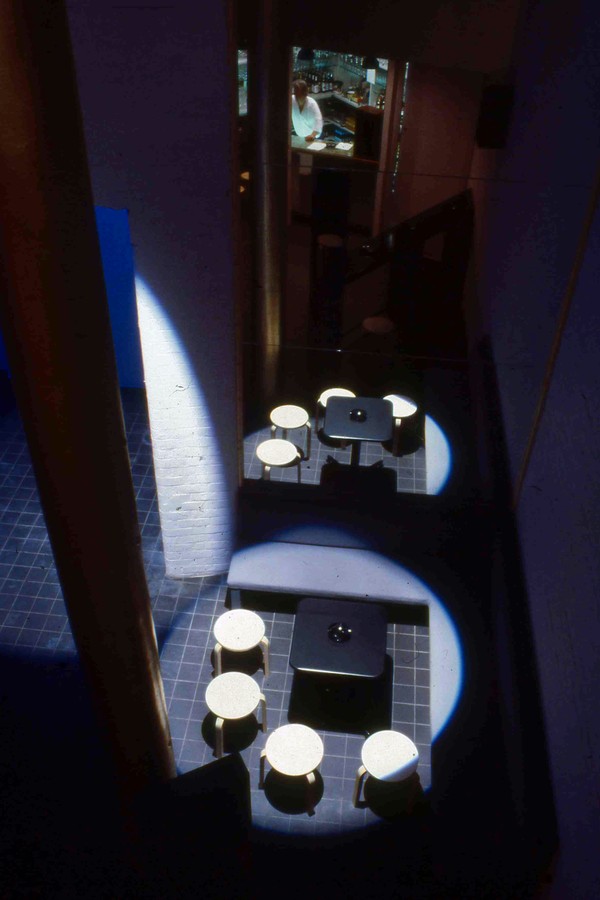 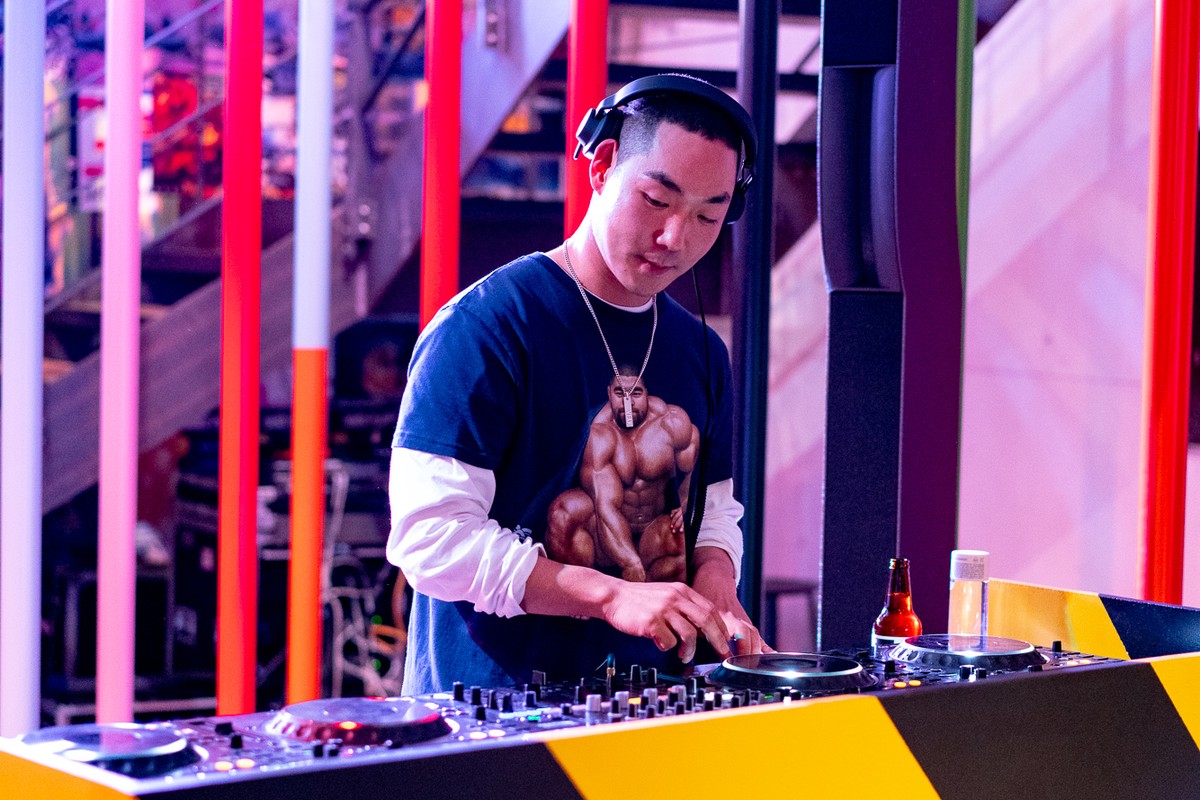 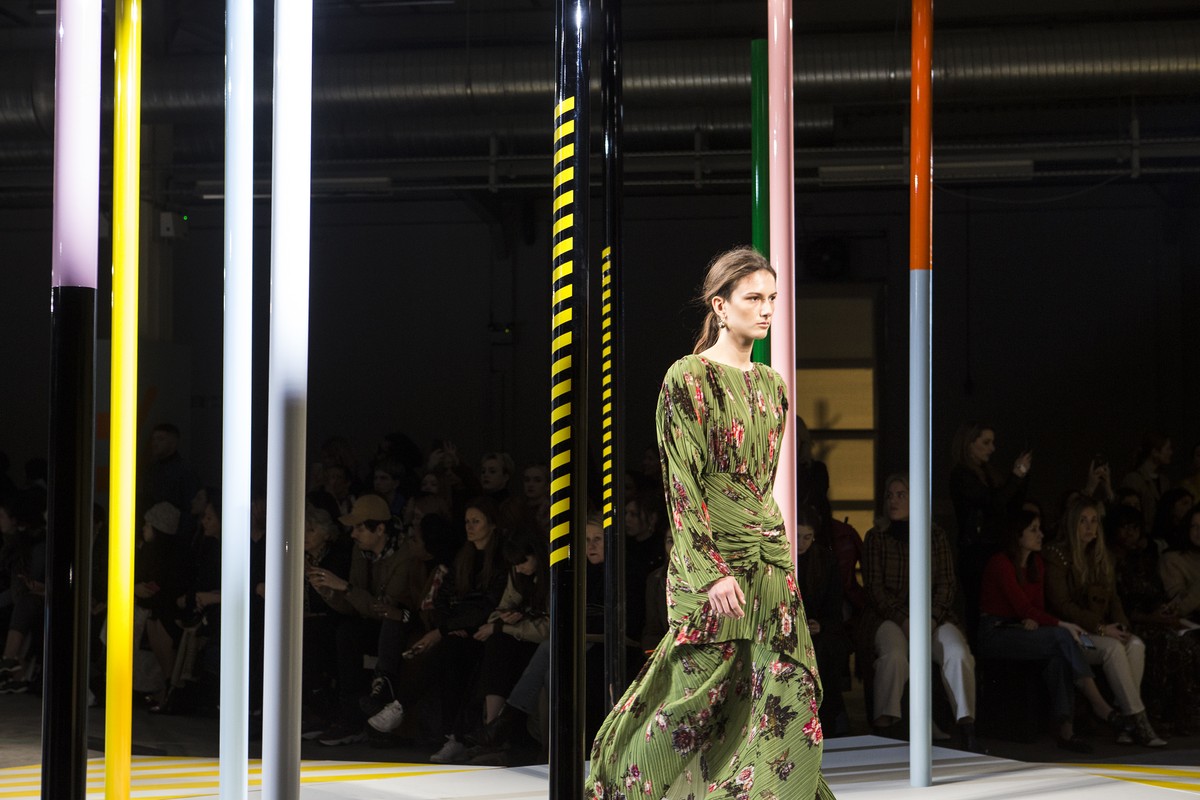