Aiming to create a series of urban gyms sited in unusual (and hard to let) spaces, the Gymbox brand breaks the mould of aspirational, white-box fitness clubs by offering a more stimulating, club-inspired environment.

The second Gymbox is located on the site of the former Lumiere Cinema on St Martins Lane, London (in operation from 1967 to 1986). The site offered an exciting challenge for BKD—how to reference the building’s cinematic past whilst introducing the new elements necessary for it to function as a gym. Key to the scheme was the use of the cinema’s former auditorium to create a dramatic double height space. To the rear of the space two blocks housing the changing rooms are stacked on top of each other at opposing angles. A glass-fronted dance studio suspended from the ceiling sits where the screen would have been, its high gloss exterior reflecting the surrounding activity. An angled fluorescent pink surround frames the view into the studio and provides a striking focal point. 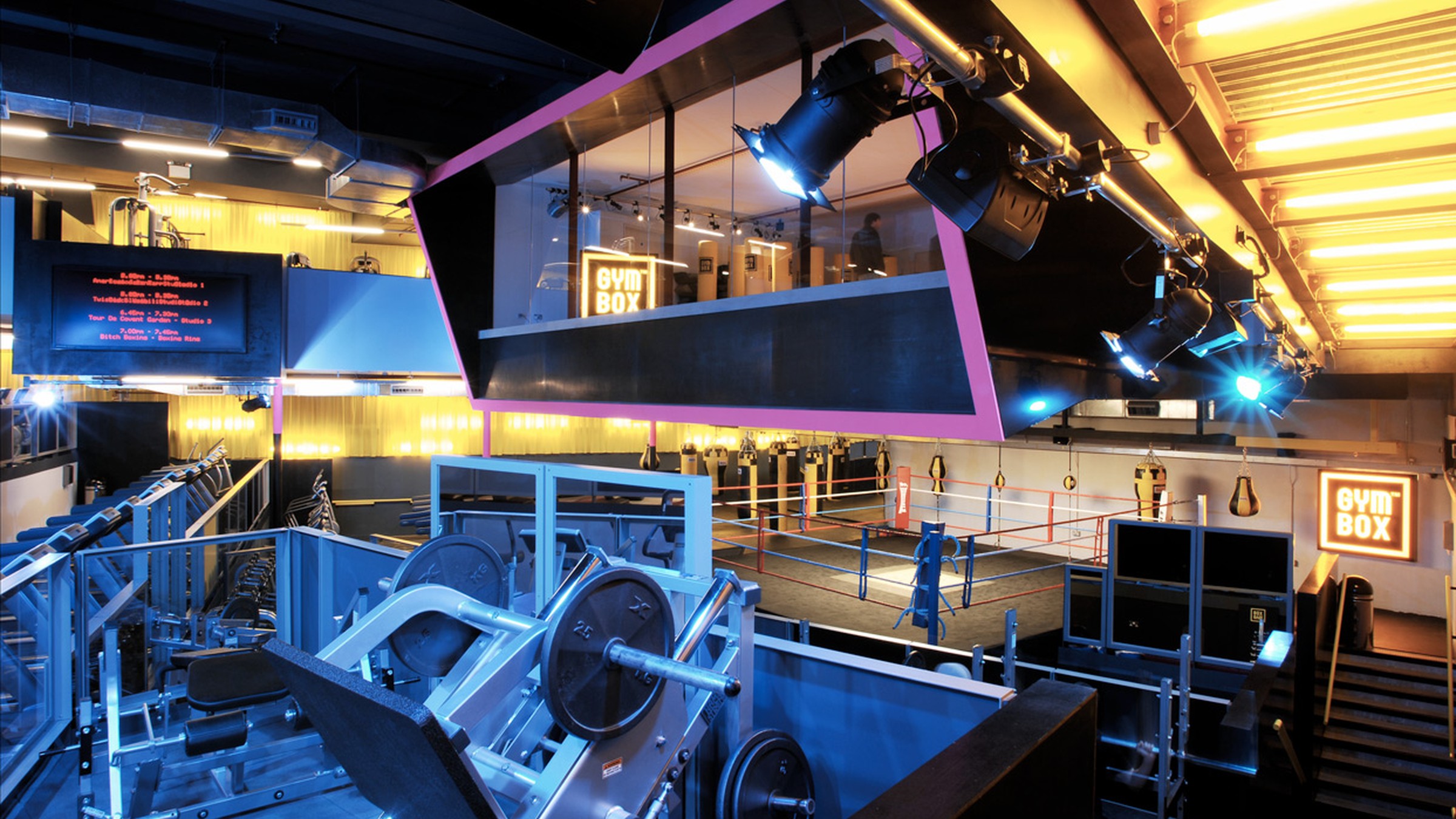 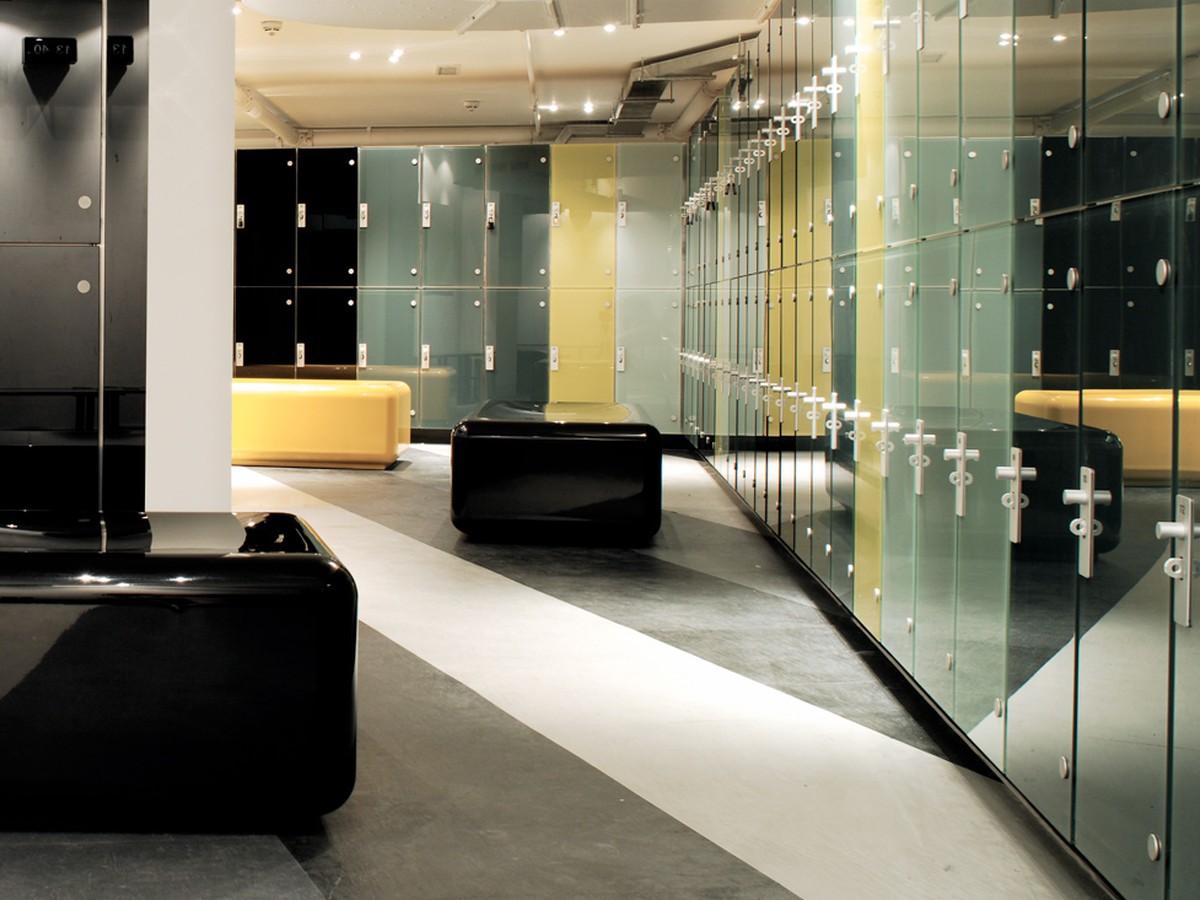 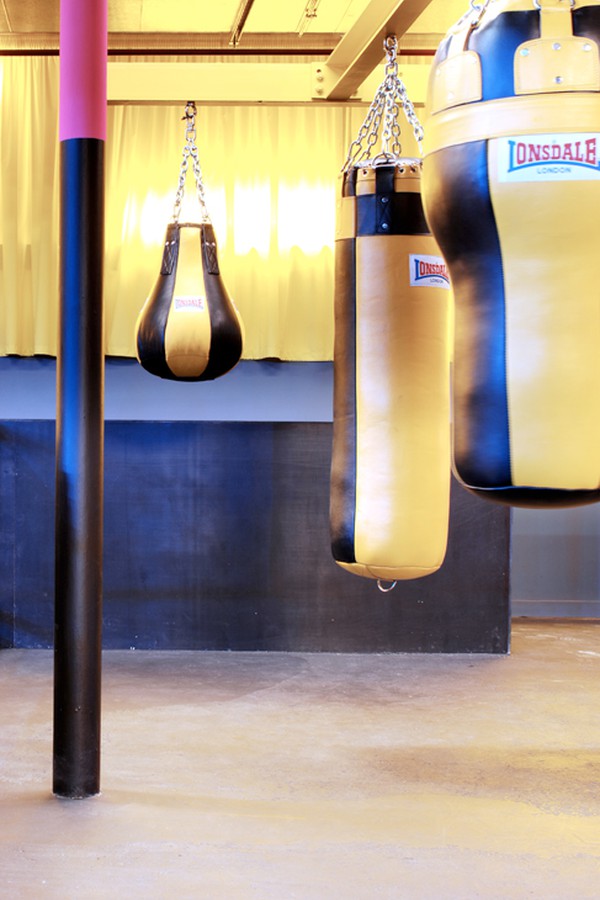 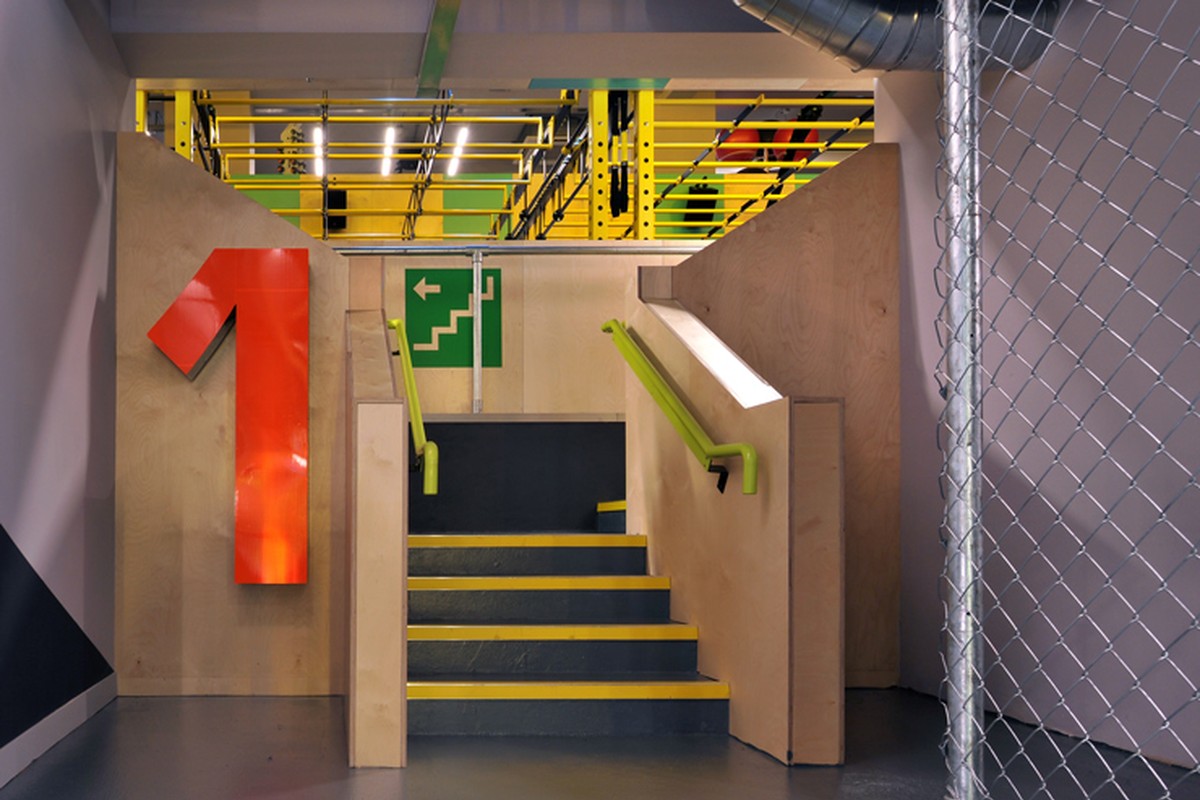 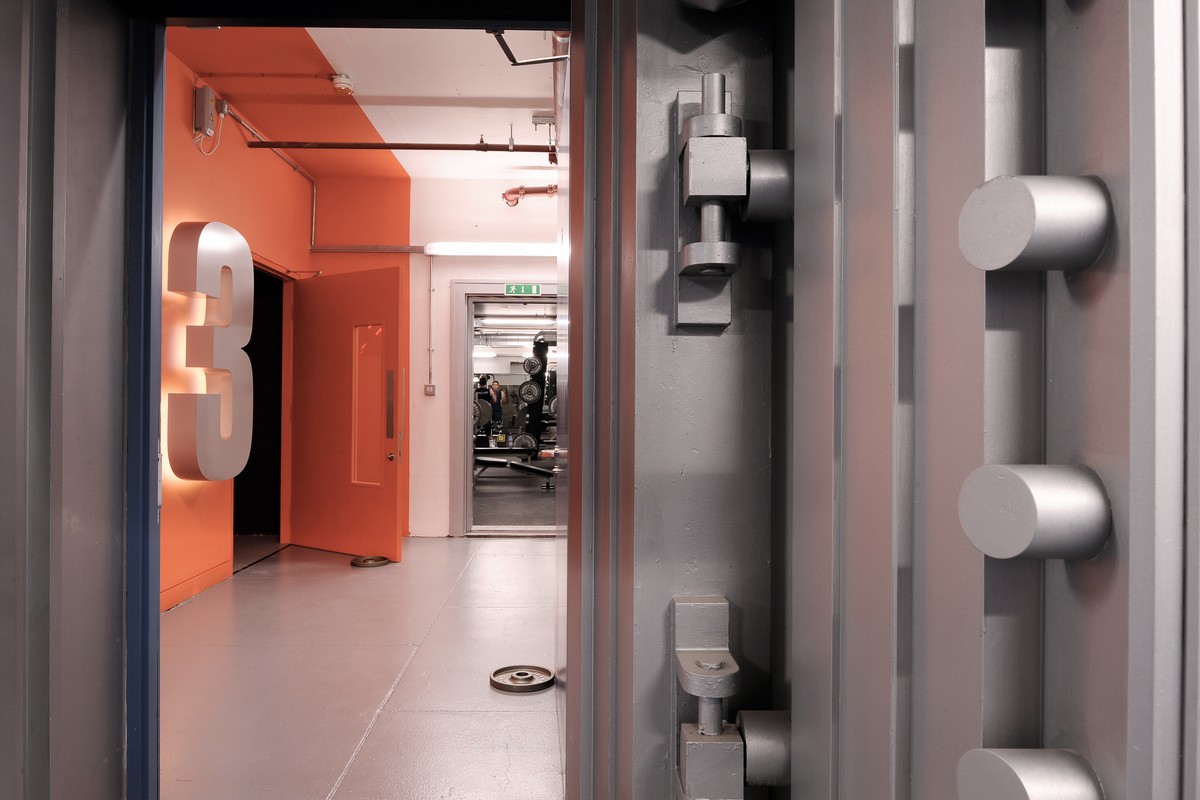